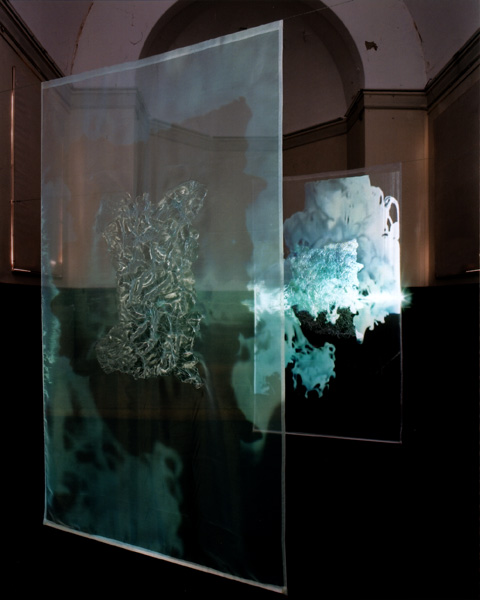 Hex is an multichannel audiovideo installation initiated during winter 2001 during a residency at Het Wilde Weten in Rotterdam. The installation is comprised of six (6) projection screens (1.5m x 3m each) made of fabric and resin modelled from low-reliefs, with three synchronized video programs and 5.1 surround sound.

Nanospace is a live version of Hex (two soft-sync video channels mixed live and audio performance).
Hex and Nanospace find their sources in minimalist design and the fascinating new imagery of nanotechnology.

The two experimental works postulate that it is in the observation of nature that lie the technological solutions (recycling, bionics, green architecture, sustainable design) to  environmental problems.

The works draw on the shape of the hexagon, utilized as a symbol as well as a structural system… a type of imminent trajectory of matter in transformation, and the ensuing imperceptible changes: from the molecular reality of carbon to a global planetary view. 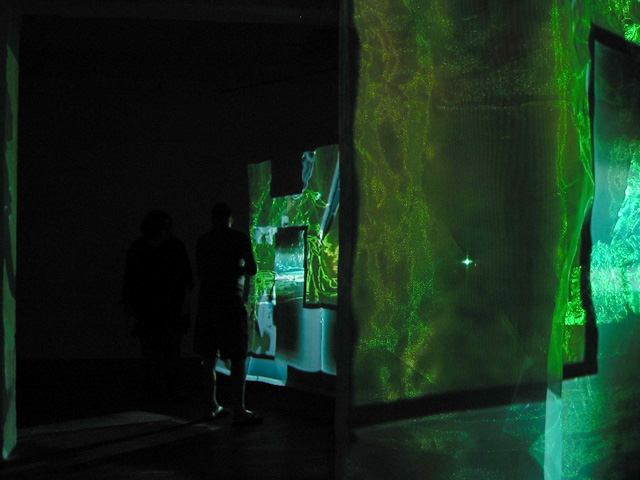 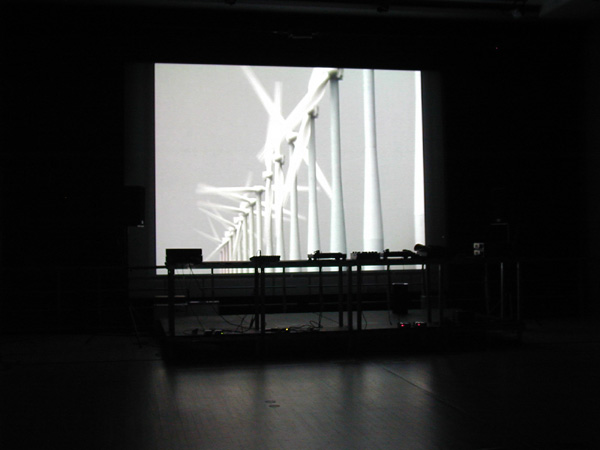 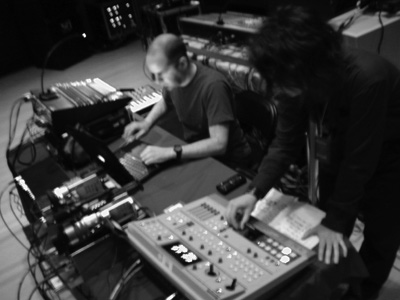